It’s been a heck of a year at the multiplex, and I had a lot of trouble dropping down my list to ten favourites of the year. My favorite part of this year is specifically that there is no run away, surefire number 1 movie this year. The bottom of my honorable mentions could be your number 1 and I couldn’t argue with you. No matter genre you’re into, you had plenty of great stuff to check out this year, whether you’re a theatre goer or at home streamer. I’m certain that several films in my honorable mentions list will get revisited just as often as my absolute favorites. 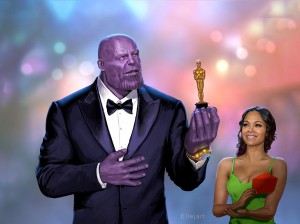 Honorable Mentions in no Particular Order:

A Star is Born – Amazing Lady Gaga performance and the best melancholy soundtrack since Inside Llewyn Davis. A tad too melodramatic for its own good at times.

Suspiria – Oppressively meandering and long, but masterful horror sequences that will stay with you forever.

BlacKkKlansman – Clever and funny, but other movies this year tackled similar themes with more aplomb and didn’t require an ill-advised “DID YOU GET IT” closing scenes. Spike Lee, buddy, you ALMOST nailed it.

Hereditary – A dry but disturbing and exceptionally well made supernatural domestic thriller with a superb Toni Collette performance.

Widows – Great acting in a low key tale of four widows who take up the heist plans of their deceased husbands. Crackles with low key suspense.

The Ritual – The first 2/3rds of this Netflix wilderness thriller had me thinking this might be the best horror of the year. Instead, it falls apart in spectacular fashion during the baffling climax.

First Man – This Neil Armstrong biopic soars when it it deals with spaceflight and the challenges of the moon landing. Sputters on the tarmac when it focuses on Armstrong’s home life.

Annihilation – A bizarre and somewhat unsatisfying climax keeps this otherwise superb and visually stunning thriller from my personal top 10.

Birdbox – The hype was ridiculous, but this is a very tense and well made movie with a killer Sandra Bullock performance. A Quiet Place did a similar premise with more style and class.

Avengers: Infinity War – No movie that requires viewing 19 other movies before it to understand what is happening was never going to get to my top 10, but damn if they didn’t nail the emotional stakes. Josh Brolin steals the entire film as Thanos.

Incredibles 2 – It’s lesser Pixar, which is still better than %95 of movies out there.

Bohemian Rhapsody – It’s not true to life, but man, if that music and Rami Malek’s performance as Freddy Mercury don’t get my blood pumping.

Vice – Christian Bale is a revelation in an otherwise messy Dick Chaney biopic. Adam Mackay did a better job juggling the comedy, true life facts and big idea stakes in the Big Short.

Ant-man and the Wasp – It’s small scale Marvel with a goofy sense of humor, which is refreshing and harder to come by these days.

Game Night – Only the best straightforward and undemanding Hollywood comedy this year. What ever happened to fun comedies for adults?

Halloween – This is how you reboot a classic series. Expertly made, tense, with just enough dark humor to keep things fresh. Second best Halloween film by default.

Black Panther – Possibly the most important film of the year, a massive blockbuster that proved that there’s a major market for smart and sensitive cultural representation in films today. Loads of fun, but fades in the memory a little bit due to Marvel overload.

If Beale Street Could Talk – A searing drama that deals with racism and sexual assault with class and respect. It’s the feel good movie of the year.

Death of Stalin – A brilliant satire with an excellent cast. Political satire doesn’t come more nutty or fun than this.

Apostle – It’s definitely not for everyone, but this gruesome period horror film from Netflix and the director of The Raid will get under your skin if you let it.

Creed II – Very well made and acted, but repeats many notes of the other films in the Rocky franchise. Most franchises would kill for an eighth installment half as good as this.

Assassination Nation – A colorful little oddity with some surprisingly big ideas wrapped in its “teens and technology” plot. It’s a hyper kinetic and lightning paced satire on modern social media, the death of privacy, and the hypocrisy of modern morality, Assassination Nation is a one of a kind film.

Bumblebee – This is what Transformers should have always been. A fun, whimsical and nostalgic throwback about a girl and her pet robot. Handles the 80s nostalgia beautifully and the dialed back plotline is far more emotinally satisfying than the rest of the previous films combined.

I’ll Take Your Dead – Shot just up the road from Toronto in Orillia, this fine single-location thriller is blessed with great performances and a twisting plot.

Standoff at Sparrow Creek – A tense thriller that asks the question: what if Reservoir Dogs was way more serious, had 10% of the budget and took place at night? The results just may surprise you if you can find this little TIFF indie in the wild. Some great visual homages to classics like The Shining and Alien.

10) Searching – I had rather low expectations for this pseudo-found footage thriller that takes place on various computer desktops and shot with webcams. I couldn’t have been more wrong as John Cho is phenomenal in this tense thriller about a man searching for his missing daughter in cyberspace. The desktop motif allows for loads of fun red herrings and visual hints about what’s to come. This will undoubtedly reward repeat viewings.

9) You Were Never Really Here – Joaquin Phoenix shines as a hammer wielding hitman who is privately contracted to find missing girls. His occupation coupled with PTSD from a career in the military takes its toll on him as he gets closer to the truth. This slow burn thriller has the most memorable death scene of the year that mixes brutality and tenderness in a way I’ve never seen before in film. That alone earns it a spot on my top 10.

8) Mission Impossible: Fallout – Come for the stunts and stay for… more stunts. This action packed delight is yet another high point in Tom Cruise’s stellar career going back nearly 40 years at this point. The action is practically shot and astonishing to look at. It’s thrilling, fun, and they don’t really make them like this anymore. Might even be better than the excellent Ghost Protocol.

7) Sorry to Bother You – I personally thought that the wicked, racially charged satire of this weird little comedy hit harder and with more credit to the audience’s ability to pick up the themes than BlacKkKlansman did. Follow our protagonist as he starts off idealistic in a call center job and marvel at the path he takes as he climbs the corporate ladder during an attempt by his former co-workers to unionize and strike. You’ll never guess where it goes from there. Go in as blind as you can and laugh your ass off from great jokes and uncomfortable ideas in equal measure.

6) A Quiet Place – I can’t believe this Hitchcockian style masterclass in tension was both directed and stars Jim from The Office. This powerful thriller is blessed with great performances and skillful technical craft. The potent sound design of the film is better than any other film this year.

5) Tigers are not Afraid (Vuelven) – This scrappy and heavily Guillermo del Toro-influenced Mexican indie is a wonderful combination of Pan’s Labyrinth and City of God. We follow a group of homeless street orphans as they cross paths with warring drug cartels in Mexico City’s underbelly, all from the point of view from a little girl with an overactive imagination. It’s devastating but emotionally satisfying storytelling with visual style and imagination to spare. It’s too bad that the film doesn’t seem to be available anywhere, but the film opened Toronto After Dark’s 2018 festival to a rousing ovation at the end of the film.

4) Overlord – If this supernaturally charged and action packed World War II fantasy thriller was named Wolfenstein, it would be the best video game adaptation of all time. You may not be able to take it too seriously, but man if this movie didn’t have me right in its clutches right from the incredibly intense opening scene that sees us get introduced to our paratrooper heroes on a plane being shot down over France. The pace never lets up after that, and handles its sillier aspects with a wonderful grindhouse wink and a nod. It’s expertly made fun for adults.

3) Freaks – This mind-bending mystery/thriller was my favourite film at TIFF this year. This is one of those movies where roughly 2/3rds of the way through, you’re wondering just what the hell is going on. Will it come together or fall completely apart with an unsatsfying conclusion? Fortunately, all the pieces fit and this one comes together in spectacular fashion with huge ideas that spring from very humble and character driven beginnings. I dare say no more as this movie derives much of its power from surprising images and slow burn execution. A must see.

2) Upgrade – A spiritual successor to ultra-violent, mid budget Sci-Fi action thrillers like RoboCop and Total Recall that we just don’t get any more. The smart script, well executed action scenes, and shocking violence come together to make the most fun Sci-Fi satire in years. I’ve revisited this film more than any other in 2018. Leigh Whannell is really coming into his own as a filmmaker, and has come a long way from the original Saw and Dead Silence. Also this is the Venom movie that Venom should have been.

1) Spider-Man: Into the Spider-Verse – A visual treat that mixes bombastic execution with stunning animation, genuine emotion, hilarious humour, and phenomenal storytelling. This isn’t just the best Spider-man movie; (a statement I do not make lightly as Spidey’s on screen adventures skew very positively, especially Spider-Man 2 and Homecoming), it’s the best film of the year, period. You don’t need to even be a Spider-Man fan to appreciate the craft and care that went into a very satisfying and unpredictable Spider-Man tale. This standalone story is superb and requires no prior franchise knowledge or age group to enjoy. I also make no exagerrations when I compare this to movies like 2001, Fight Club, Sunshine, and Terminator 2 for moving film visuals another step forward to the future. It’s the best superhero movie since The Dark Knight, and better than any one individual MCU film.

In Fabric – Unbearably pretentious and boring claptrap that was inexplicably a hit at TIFF.

The Meg – Should have been shlocky fun, instead it was a toothless and overlong bore that only offered wasted potential.

Yet to see: Eighth Grade, Green Book, Roma, The favorite, Won’t you be my Neighbor?, Mandy, Don’t worry, He Won’t Get Far on Foot, Hold the Dark, Could you ever forgive me?, The Favorite.